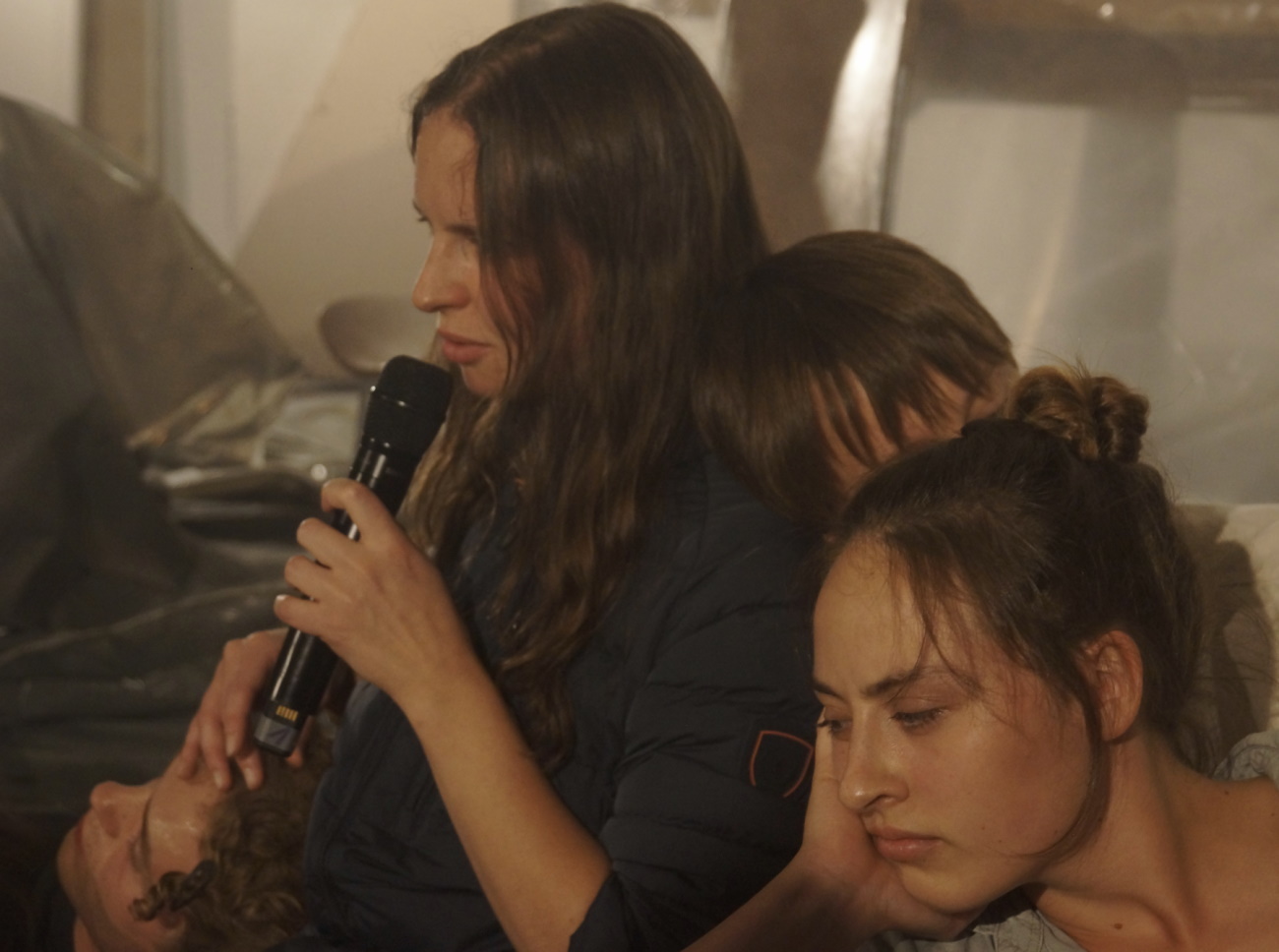 The exhibition presents objects, bodies and images, that, in a strange way, exceed the limits of theiir physical volume. Acting as story tellers and keepers of actions now completed, they are united by a mild form of mania; an impulsive need to further one or another action. Such actions do not lead, immediately, to the results, or at least do not focus upon them. They act, rather, as ends in themselves, following their own beaten footsteps.

The repetition and obsession that lies in the artworks, bypass a certain norm, but the physical expression of the works, paradoxically, remains symmetrical and, what we would term 'decent'. The axis of this exhibition is a nervous tic within the lives of the participating artists.